I took the “L” train to my dermatologist appointment in downtown Chicago this week, and I took the bus back. This is remarkable only because I’m finally returning to the point at which public transit is my default choice to get around the city. Until I became fully vaccinated, it was absolutely not a safe activity, and we do have a car. So I stayed away.

Now I’m vaxxed, but it’s been so long that I’ve gotten addicted to the shorter trips. If time is the only variable, most situations will call for driving. However, there are lots of other reasons I’d rather use transit: it’s less stressful, it’s more fun, there’s no parking worries, it’s environmentally superior. We also live in a neighborhood with convenient options: the bus ride back took an hour, but it was basically door to door.

It’s a weird situation in which it’s public transit that feels like a luxury for me, and the car is what I’ll use only if I absolutely have to. Maybe it's usually the reverse. There are people who can’t afford to have a car and must rely on transit, and there are people who need to get where they’re going as quickly as possible (because they’re working multiple jobs and raising a family, say).

For me, the extra time is the point. I don’t want a life in which I feel like I absolutely can’t spare half an hour to do something I love. It reminds me of what Russell Simmons said about meditation: “If you feel like you can’t meditate for 30 minutes, you need to meditate for three hours.”

One of my favorite things about living in Chicago, in addition to riding the “L”, is its glut of quality used bookstores. (“Glut” because there are too many for me to regularly visit them all, and that sucks.) With some friends this weekend, I visited Myopic Books in Wicker Park for the first time, which has several times been voted the best bookstore in the city.

It’s three levels, including the basement, and the shelves are packed close together and wind around in unexpected directions, sometimes leading you straight into the wall. It’s claustrophobic in a good way, which for me is saying something, because I hate small spaces (the high ceilings help). I picked up a book on “the medieval mind” from William Manchester and a book about Dizzy Dean and professional baseball during the Great Depression.

That neighborhood is way too hip for me, but it’s fun to explore. In addition to the books, we were also rewarded with a magnificent sunset.

I have this habit of mangling lyrics. It’s because I listen for the music first, and sometimes, even if I come to love a song, I forget to ever look up what they’re actually saying. This has created some entertaining (for others) and embarrassing (for me) moments.

Like the time in college when I bragged to a girl that I could perform the entirety of Salt-N-Pepa’s “Shoop” by heart. It turned out that I could—but I also got at least a third of the words wrong, including entire stanzas. For example, under no circumstances does Salt ever say that she wants to “stir the next man in the three-pea soup.” I learned that the hard way. (To be fair to myself, I fell in love with “Shoop” in the third grade, and I would’ve had no reason to understand most of what’s happening.)

Which brings us to “Ask” by The Smiths. At the end of the chorus, I always thought he was saying, “If it’s not love, then it’s the bond that will bring us together.” Doesn’t totally make sense, so I thought there’s a chance I was mishearing it, but—who knows why—it wasn’t compelling enough for me to confirm.

The other day while watching football, NBC used this exact clip from the song as send-it-to-commercial music (an underrated occasional source for new music discoveries, by the way). For some reason, that’s the moment when I decided to investigate Morrissey’s actual line:

Okay, that’s a pretty big difference, then. The rest of the song is about how it’s alright to be shy, but you really shouldn’t allow shyness to stop you from doing the things you want to do in life. And more specifically, if you have a crush on Morrissey, you should tell him exactly what you want to do with him, and he won’t say no. (So that’s on brand.)

Here at the end, then, he’s saying that, when you remove emotions from the picture, it really doesn’t make sense to put any stock in your inhibitions, because we could all be destroyed by a nuclear bomb at any moment. It puts a finer point on the message of the song, and it moves the frame from individual to societal, adding an entire new thematic aspect.

I thought about “Ask” again yesterday while reading Ryan Holiday’s monthly reading list email. Ryan was discussing a book about Florence Nightingale. He pointed out that before she could press herself into service as a military nurse, let alone revolutionize the way nursing was practiced, Nightingale had to engage and win an internal battle with her fears: the very legitimate fear of putting herself in harm’s way on a battlefield. Holiday calls it “the defining battle” of her life.

Maybe we’re not all going to be Florence Nightingale, but we all have things we want to do in life that will be fulfilling for us and valuable for others. They’re just scary. Most of these things are not as risky and running across a line of artillery fire, but they can feel that way. From the perspective of our fear instincts, which date back millions and millions of years—consider the gazelle whose entire existence revolves around the ability to detect and flee from a predator at any moment—they are that way.

But just like Nightingale, we can perform a calculation to determine whether what we’re afraid of is truly as dangerous as it feels, and whether we’d regret not leaning into the fear and doing it anyway.

I like to think that the narrator of “Ask” is not Morrissey or a character that Morrissey is playing, but life itself. Life wants to challenge our fears. Life wants to experience our best, most fearless self; it’s sitting back, eating a bag of popcorn, waiting to see what happens next. 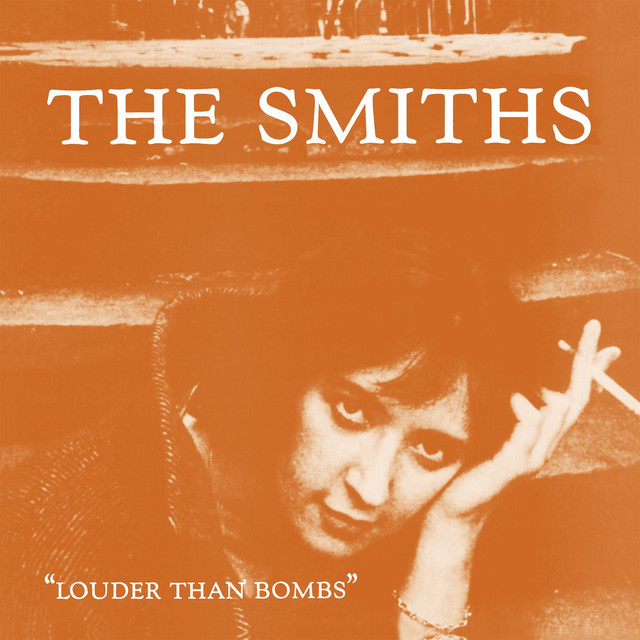