This morning we returned to Hollywood Beach to participate in a tashlich ceremony for LGBTQ+ and interfaith couples. Tashlich is a Jewish custom that you perform during the week of reflection that separates Rosh Hashanah (the New Year’s holiday) and Yom Kippur (the day of atonement or repentance).

I remember participating in this ritual as a kid at Beth El synagogue in Omaha. We’d go to a small body of water in the city (Ashley, a good Minnesotan, has always insisted that these were ponds, not lakes) and toss bits of bread into the water, symbolically casting off our sins of the previous year and signaling our intention to better ourselves during the year to come.

Today’s ritual was different in a number of ways. Our body of water was Lake Michigan, which definitely qualifies as a real lake. And instead of throwing bread, which isn’t great for the birds, we picked small stones out of the sand.

The biggest change was in the interpretation of the “sins” we cast away. Sin in American culture usually connotes an immoral act, committed with malign intent. The rabbi at the beach explained that, as expressed in the Hebrew of the Bible, there is much more nuance to the concept of a sin. There are three different Hebrew words that are all often translated as sin, but which in fact mean:

- “missing the mark” or “going astray,” like an archer shooting an arrow at a bullseye

- “transgression” or “crossing a line/boundary”

- “iniquity," or an action that results in unforeseen consequences

It’s possible, then, to miss the mark, cross a boundary, or cause a harmful impact, without intending to hurt anyone—something that our English phrase “committing a sin” doesn’t fully acknowledge. Judaism teaches that human beings possess powerful energy, which we’re not always able to channel, along with both a “good inclination” and an “evil inclination.” In the system of Jewish morality, there are degrees of transgression that take intent into account, and tradition stresses the importance of acknowledging and repenting from open, defiant violations, particularly when the offender is a person who wields power.

By moving away from the word “sin,” we’re not trying to escape responsibility for the things we’ve done, nor are we suggesting we won't transgress in the future. It’s not really possible to obliterate the parts of ourselves that are capable of causing harm; our inner energy and inclinations are intrinsic to our humanity. On the contrary, it’s healthier to accept and incorporate our shadow aspects, so that we can respect our power, increase our awareness, and act more intentionally.

One of the stones I unearthed from the sand was smooth and shiny brown. When I turned it over in my hand, I discovered that the opposite side was rough, jagged, and discolored. It immediately evoked this idea of beautiful imperfection. There’s no need to beat ourselves up for merely doing what’s in our nature. We can never fully control our presence in the world—this would require superhuman consciousness—but we can let go of the temptation to believe that perfection is attainable.

We can let go of any stories we’re telling ourselves that no longer serve us. We can be our own inner Marie Kondo, thanking our defense mechanisms and guilt impulses and all of our anxieties for their efforts to protect us, and then releasing them into the water.

We can change at any moment, but this is the best time of year to set intentions, identify practices we want to correct or improve, and brainstorm ways to show up for ourselves and others with more assuredness and boldness.

Some friends and I have been having a ball with the Music League. You come up with a theme—like “famous songs you didn’t know were covers” or “late night drive”—and participants submit two songs apiece that best fit the theme. The app hooks into Spotify and creates a custom playlist for you, then everyone listens to the songs and distributes a set amount of points among their favorites. It’s great because you get a chance to hear new music that your friends love, and you get to exercise a lot of judgment in how you interpret the theme. I’m not a particularly competitive person, but when it’s artistic taste that’s at issue, I can become a little… involved. (I’m currently in 6th place out of 16 players, if you’re curious.)

Song(s) of the Week

YACHT — “I Thought The Future Would Be Cooler” (lyrics)

My friend Andrew picked our latest theme, which was my favorite thus far: “Dancing At the End of the World.”

The end of the world is coming, and we are having one last party to celebrate and distract ourselves. Choose songs that reference our dystopian existence, the coming revolution, or the final apocalypse that ends it all. Genre is not important, but people want to dance - so maybe avoid torch songs and ballads, unless you are sure that they are going to win over the crowd.

There were a lot of fun new discoveries here, and you can check out the entire playlist. But the coolest one was this song by YACHT that fully expresses how it feels to have grown up in a world full of (what we were told were) promising new technologies, only to discover that exploitation and repression was the plan all along. 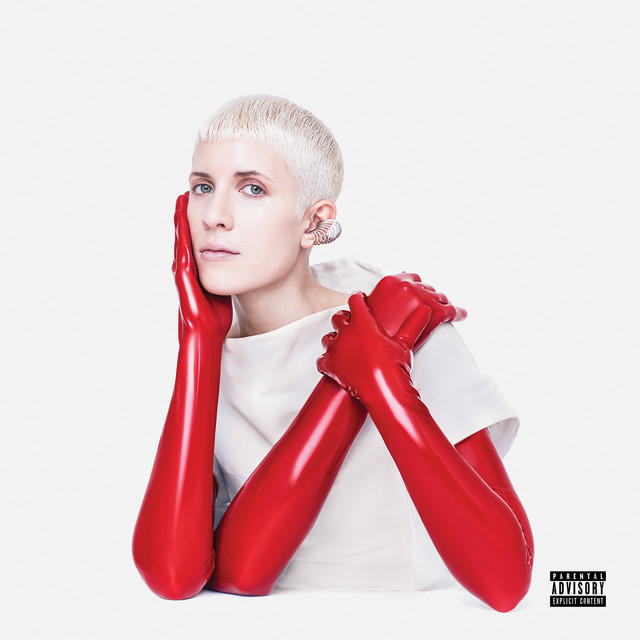 I Thought The Future Would Be Cooler - song by YACHT | Spotify