I’m working on a long writing project. I’ve been reluctant to mention this here, because it’s longer and more difficult than anything I’ve attempted before. Part of the point of these emails, though, is to share things that are difficult to share—things that the world doesn’t encourage us to reveal, yet which we all experience. My feelings about this project are one of those things: it’s something I both know I’m capable of doing and also harbor many different kinds of uncertainty about.

This is where that long-term thinking is key, as well as having low expectations. I went into this knowing that it would take much longer than a month or two to build the kind of routine I wanted. Once I do, though, I expect it to last for many years. The effort spent to get there, and the false starts, will more than pay for themselves. Low expectations are the essential companion to ambition.

With this project, I have a vision of what it could be. Tied up with that vision are lots of feelings and beliefs and narratives related to other big projects I’ve tried, and to people I know who have (to my eye) successfully done similar things. This all creates expectations for how this project could and should go, expectations that aren’t inherent—or even necessarily relevant—to what it will take to execute it. They mostly just get in the way.

This is the cornerstone Buddhist virtue of non-attachment, which also appears in many other religions and spiritual systems. As my friend Renée explains it, expectations create resistance, which creates suffering:

An expectation is merely a story we tell about something. It’s a thought. It might feel real, but it’s not true. It’s not rooted in reality because it’s not in the present moment.

An expectation is a belief based on beliefs.

It is a belief about what will happen, or what someone will do, based on beliefs about “how things work” or who someone is.

When we create an expectation about something — whether a person, an experience, a process, an outcome, or anything else — we close ourselves off to the actual experience of it. We resist the truth of the actual thing.

You can see how unchecked expectations will strangle creativity every time. Creativity is full of messy truths.

Another motivation, then, in writing about my struggles with expectation, is accountability. On one hand, it feels embarrassing to write about being ambitious. I’m not sure I’ve even fully admitted to myself how ambitious I can be. It feels a little bit like bragging—which is already discouraged—without even having something to brag about. Like I’m saying I wish I had something to brag about.

Dreams can come true. And a lot of them don’t. If I’m not honest about mine, if I don’t seek out others to help me stay on track, I’m only making it more difficult for myself.

In our culture, ambition is encouraged in business, but in creative fields it seems to be tolerated at best. I want to normalize ambition in art, in anywhere. It’s an essential human quality. As James Parker says in his perceptive ode to low expectations: “Strive for excellence, by all means. My God, please strive for excellence. Excellence alone will haul us out of the hogwash.”

We’ve just got to keep things realistic, and grounded in reality.

Speak Little, Do Much

You may have heard the precept that one should “underpromise and overdeliver.” I’ve usually heard this in business: the idea is that you tell your boss or a client what you’re going to do for them, and you take care to set the expectations low. This isn’t a matter of sandbagging—another great phrase, which means to intentionally hamper or sabotage your own efforts so that you won’t be asked to do too much work.

Underpromising is the art of respecting nature and fate. There’s a continuum of possibility for every project that hinges on the unknowns. Maybe you own a sailboat and want to visit your friend down the coast. If the winds are brisk and the water is calm, you can breeze the trip in a few hours; if a storm kicks up, or if a piece of rigging wears out and snaps, or if you come down with food poisoning from breakfast, it might take a lot longer.

Underpromising means that you tell your friend you’ll probably be there tomorrow. Overdelivering means you do what’s in your power to arrive in time for dinner that evening—with a six-pack of their favorite beer.

I like this idea, and as you can see from the non-business metaphor I chose, it’s a lot more versatile than it’s given credit for. The other problem with thinking about this advice strictly in a solely business context is that one can use it to enforce harmful power dynamics. Power dynamics always exist in employer-employee relationships, and are often healthy enough, as much as they could be under capitalism—but that’s another debate. Imagine, though, an environment in which a company’s workers are running around double-time trying to “overdeliver” at the risk of losing their jobs.

That’s why I was excited to come across this exact concept in the Pirke Avot, a book of ethical teachings of the ancient Jewish sages. Verse 1:15 says:

Shammai used to say: make your study of the Torah a fixed practice; speak little, but do much; and receive all men with a pleasant countenance.

And that’s it. This is a terse book. The point is to think about this for yourself, but at the same time, some of these statements have multiple meanings. What does Shammai mean when he says, “speak little and do much?” Is this like Teddy Roosevelt’s “speak softly and carry a big stick?” Is it a humility thing?

The second statement is that one should speak little and do much. This is learned through the example set by Abraham, who told his guests that he would bring them “a morsel of bread” (Genesis 18:5). In the end, Abraham brought them much more than a morsel of bread; he brought them butter and milk and a calf which he had prepared (vs. 8).

That is a textbook example of underpromising and overdelivering. Quite literally: we’re talking about the world’s ultimate textbook here, the Bible. It tells this story in one of its earliest chapters and attributes it to arguably its leading protagonist.

“Speak little and do much” is one of those dictums that could mess with your head if you’re a perfectionist. Like a lot of ancient wisdom, Shammai articulates his lesson in a rather uncompromising way. To my modern ear, he may as well have added, “or else.” In the Jewish Musar, or ethical, literature, and in many old-time philosophy texts, this feeling is totally normal. The Musar comprises an explicit attempt to describe a methodical path to develop one’s moral and spiritual character toward an ultimate ideal.

In this, and throughout Judaism generally, this idea recurs that one should strive for perfection, knowing one will never reach it. This is why there is a period every year—at the very start of the year, encompassing Judaism’s holiest days of Rosh Hashanah and Yom Kippur—which is devoted to repentance and forgiveness. You also see this in another Pirke Avot saying, perhaps its most famous one: “You are not required to finish the work, but neither are you free to desist from it.”

Be ambitious. And set your expectations low.

By the way, I wonder whether this email newsletter falls on the speaking side or the doing side of the ledger.

I’m pretty sure I’ve already shared this song in a previous issue (yep), but since it fits so “perfectly” with this theme, I can’t help but include it again.

Collins, who was the frontman of one of my favorite quirky post-punk bands, Orange Juice, has an incredible personal story of excellence and resilience. At the top of his game, when he should have been enjoying his status as an elder statesman of rock music, Collins suffered a stroke that nearly killed him. A documentary called “The Possibilities Are Endless” describes his recovery of his ability to speak and his journey from despair to hope.

Given what happened to Collins, it’s kind of amazing this he wrote this song a decade before all that. His lyrics here shine light on the plaintive, melancholy side of expectations, with a delicate acoustic guitar melody to match. We may strive to keep our expectations low, but we inevitably find ourselves caught up in excitement, or competition, and when we want something badly enough, it’s easy to lose all restraint.

Often this leads to disappointment. When that happens, Collins is there for us with this so-gentle-it-hurts course correction.

He too assures us that ambition is not misguided or wrong. We simply need to be a bit more practical in exercising it. 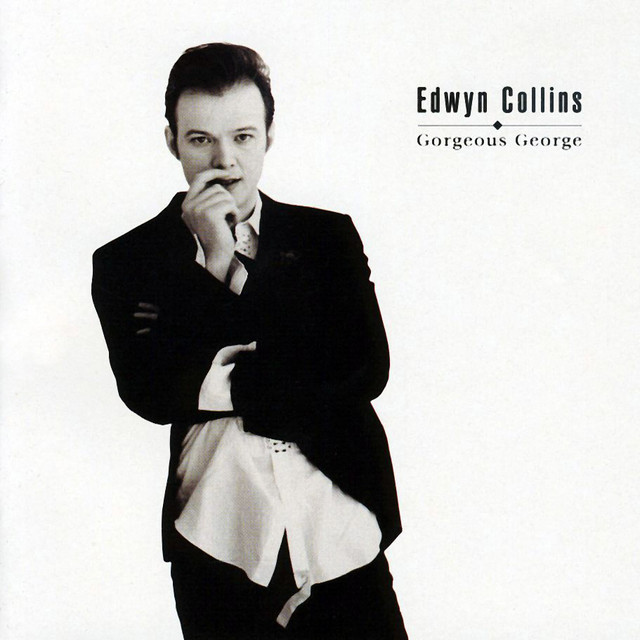