My friend Renée sent me this cheeky “ode to non-morning people” by The Atlantic’s James Parker. It’s a really clever and delightful bit of writing, and it concludes with the important cultural point that, like introverts, non-morning people are, through no fault of their own, swimming against the current in contemporary American society. They are—unfairly—often maligned and taken less seriously.

I am using the word “they” and not “we” because, over many years, I have been navigating a transition, at first unbeknownst to me, and now nearly complete, from non-morning person to morning person.

In college I proudly identified as a night owl, which, at least among my circle of friends, was pretty much the only option. Any sophomore with half a clue who was bouncing out of bed more than 20 minutes before their first class of the day didn’t dare divulge such a scandalous secret. Sleeping late was a skill to be mastered, a competition in which to triumph.

It wasn’t just about avoiding mornings. Nighttime is the best time to indulge one’s freedom to be themselves, and when one is in college, this freedom is their most valuable currency by far. When else but after 2 a.m. would I have conceived and drafted music videos for every song on the White Stripes’ Elephant?

Some time after graduation, this all started to change. Whether it was three years later, or thirteen, I couldn’t say. Nor could I describe the biological basis for what has happened; perhaps it’s all in my head. All I can say is that I woke up one morning—early—and realized, to my surprise, that I felt keen and spry. My mind moved with alacrity. I stepped outside, listened to the birds, felt the rising sun on my neck, and I saw that it was good.

As I began to actually enjoy my mornings, I also started to fade in the evenings. Some days I caught myself slipping away from consciousness before 8 p.m. Usually I shook myself out of it and stubbornly persisted with reading articles on the internet—probably engaging in revenge bedtime procrastination, before I had the words to name it.

There was no choice but to accept this state of affairs. I have shit I want to get done, and it’s now clear at what time of day I should be doing it. The problem is that old habits die hard, especially habits that are yoked to pieces of our identity. I still identify with the non-morning people—culturally, spiritually, aesthetically. Morning person-ness correlates with “crushing it,” productivity porn, hyper-capitalism, perfectionism, and meritocracy, opposition to all of which is a theme of these emails. If a new civil war broke out in America between morning people and non-morning people, I know which side I would fight for.

Perhaps my effort to wake up early in the morning without accepting myself as a “morning person” reveals the source of my difficulties, which are many. Having reconciled myself to the tragic facts, I detailed my intentions right here, in May of last year, to change my behavior. Nothing was unclear about the situation:

I knew three things about myself by this point: I write better in the morning, I dawdle before bed, and when I have accountability I’m capable of consistently getting up early. Dawdling before bed makes me more likely to snooze my alarm or lie in bed instead of getting up.

It’s a simplification, no doubt—no two days are exactly the same, and it matters what I ate for dinner that night, how much my workday taxed me, whether I am anxious about an upcoming obligation, what the weather’s doing. Friends have told me their natural wake-ability varies based on time of year. Brains—how do they work?

I am happy to share that there is good news and progress to share on this front from the past year-plus. Given, however, that it is currently 9:34 p.m., and I really ought to start thinking pretty soon about maybe getting ready for bed, I will refrain from sharing until next week.

All About Me! — Mel Brooks

Mel Brooks is releasing a memoir at the age of 95, which is pretty much the ideal age at which to write a memoir. I’m intrigued. While there are bigger Brooks fans than me, I enjoy the man’s work, and anyone who has been around long enough to catch a fleeting glimpse of the sweep of history will hopefully have something meaningful to say about what they’ve seen. That said, my friend Patti pointed out that the person we could really use a memoir from is Norman Lear (age 98), who, perhaps more than anyone, used comedy and fame to advance a socially progressive agenda, via both his television shows and his activism.

I took my second crack at this book after watching the trailer for its new blockbuster treatment, which I am absolutely not going to miss. I’m not militant about reading the book before seeing the movie. However, if I can swing it… For some reason, I lost my momentum after starting Dune three years ago and making it more than halfway through, and I never finished. I think I now know what went wrong. Since it involves spoilers, write me back if you’re curious. I am still a couple hundred pages from finishing this go-round, though, so no spoilers back please!

Love and Rockets — “Ball of Confusion”

Should a post-punk/goth-rock band cover a stone cold soul classic that has already been definitively laid down by one of the most legendary groups ever? Almost certainly not, and if they do, it had better be good.

Well, Love and Rockets covered “Ball of Confusion” by The Temptations, and my goodness, it’s really good. Sadly, the substance of the song is as relevant and urgent as ever.   (Link above goes to The Temptations’ version because the annotations are way more thorough.) 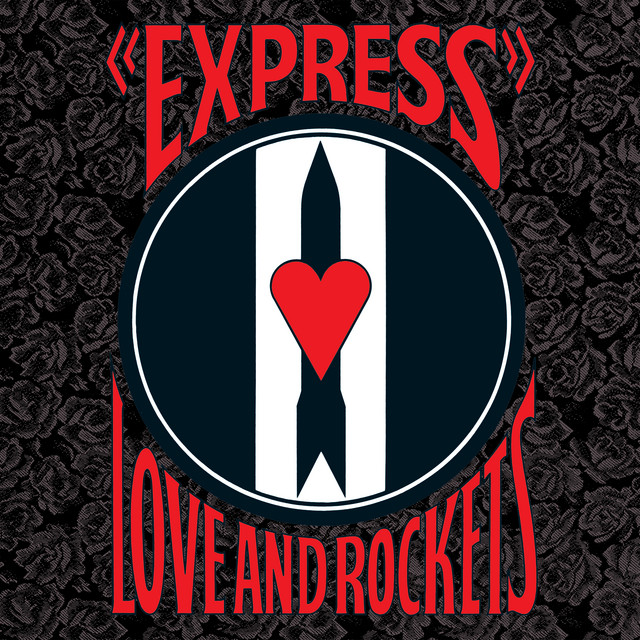