My pattern is to steadily increase my commitments until I reach a point where it feels like my days and weeks are full, and I don’t have much room in my life for anything new that comes along, or for any surprises that pop up during the day. I write out my list of tasks and events in the morning, in my Bullet Journal, and I say to myself, “That’s all day, right there. You’re spoken for.”

It’s hard for me to say no. I’m a people pleaser. Even when I recognize that I’m approaching my limit—and the more times I’ve approached it, the sooner I see it coming—even when I tell myself, “Alright, we’re not signing up for any new stuff for a while”—my resolve still slips sometimes, and I will catch myself registering for another weekend seminar, or RSVPing for another Zoom call.

What do I do when I reach this point? There are a few things I know.

I know that it appears to me that there are people out there who do a lot more than I do. I know that this is only an appearance, and that I don’t know the truth; I can’t see behind the scenes of their life to catch sight of what they are neglecting. And I know that other peoples’ schedules don’t matter at all when it comes to my own. I need a certain amount of alone time, a certain amount of time to take stock and reflect. I can go harder than I once thought I could, but only for so many hours or days at a time before I crave a pause.

I know that saying no is an important skill to practice. I know that over-scheduling and overwhelming myself helps nobody. How can I ever master any one skill if I’m always trying to learn ten different things at once? Despite what I’m saying about schedules, I’m not necessarily talking about doing less; what I’m definitely talking about, though, is doing fewer things. For instance, last week I spoke a little about the possibilities that exist for me in writing. Well, exploring those possibilities takes dedication, and it takes sacrificing other interests, at least temporarily. That means saying no a bunch of times.

And here’s something I know as a matter of faith, because I’ve experienced it—something that feels counterintuitive, and that maybe isn’t true for everybody. Part of the reason I don’t like saying no is that it feels like I’m saying, “No, I don’t want to help someone and make the world a better place in this particular way, because I simply can’t be bothered.” That’s my knee-jerk reaction. However, when I think about all the times I decided to say no to something in favor of a personal project that I truly believed in and that I pursued out of love, I always ended up helping people—and often in unforeseen ways. Because someone recently told me I was being too humble, I will add that this email project is an example (that was two brags, if you’re keeping track).

Any questions from the class? Yes, I see that the voice in the back of my head has his hand raised.

“Isn’t it better to be doing too much than to be doing too little? You’ve got more than your fair share of privilege—isn’t it important to push yourself and move out of your comfort zone?”

No, that is not better. And maybe I don’t need to worry so much about doing “too little.” Maybe I can trust myself to recognize that, also, and address it if and when it happens.

“Are you trying to tell people to stop inviting you to stuff?”

Nope! Most of the stuff I’m talking about is from organizations, anyway, and it will keep coming regardless. Mostly I’m trying to work these struggles out for myself in a way that might be helpful to anyone else who is grappling with them.

It’s not a matter of hiding; it’s a matter of prioritization. Life is too short not to invest as much time as you can into your highest priorities, and life will see right through you if you aren’t honest with yourself about what those priorities are.

You Are Jeff Bezos

This is the title of a web-based choose-your-own-adventure game that, honest to goodness, actually made me want to be Jeff Bezos, because it allowed me to pretend to spend all of his money on causes I care about. It’s equally a hilarious thought experiment, an economics educator, and an effective radicalizing tool. It’s also a little sad, because after all, Jeff Bezos isn’t going to spend $22.4 billion to hire 100,000 teachers for four years each, or $20 billion to end homeless in the United States.

Your Family: Past, Present, and Future

As is usual for the Wait But Why blog, this post has some ingenious graphics, some fascinating thought experiments, and a few totally counterintuitive facts. It also helped me finally get that “cousins once removed” thing straight. Given that I am blessed to have some extraordinary genealogically-minded members on both sides of my family, and thus to know a decent amount about my distant cousins and my great-great-grandparents, this piece really helped me appreciate the value of that knowledge.

I haven’t done one of these in a while. This week, though, I was reminded of how powerful music can be. At work, I was laboring at this one helpdesk ticket for most of a day, and it was really making me mad. Earlier, a co-worker had mentioned that he was listening to the album Rockin’ the Suburbs and working up some exquisite high-school nostalgia. I thought that sounded nice and decided to follow suit. I hadn’t played that album in at least a few years.

Just as I was preparing to throw my laptop across the room, “The Luckiest” came on, and I was immediately soothed. Immediately! It is impossible to be angry if you are listening to this song. If I’m honest, it comes pretty close to qualifying as “sappy;” but in the final analysis, no, it’s not, it’s just too good.

And my Omaha piano teacher Michele would be disappointed if I failed to mention that the melody is based, yet again, on Pachelbel’s “Canon in D,” which has been the subject of an epic and hilarious musical rant. 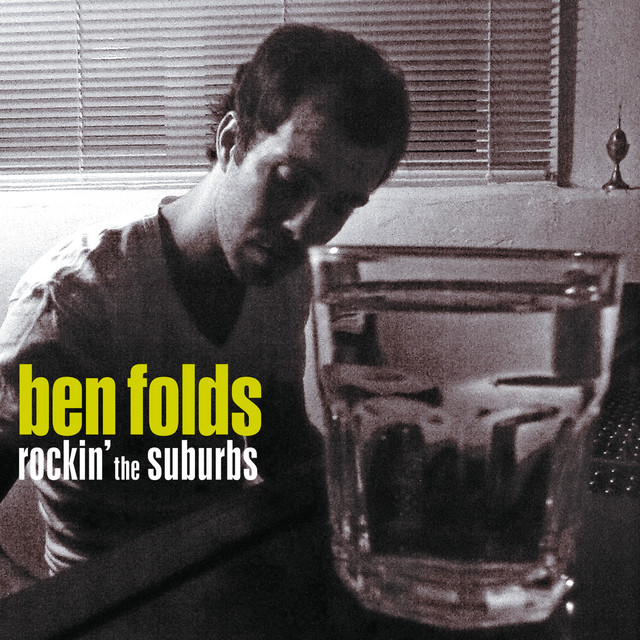 That’s all I’ve got. Please take care, write back if you can, and I’ll see you next week.