Last spring I mentioned a workshop I was enrolled in, where the idea was to bring together a bunch of people working in different creative fields, in order to learn about strategy and process together, and to practice confronting many of the common fears around publishing artistic work. It was a four-month program, which would have been a sizable commitment any time, but we also got hit with a pandemic right in the middle of it. Everything changed, and also, nothing changed—the program itself was still the same, and some of us found that we could use it as a refuge from the uncertainty that was consuming the rest of the world.

Many of us who stuck it out, shipping little bits of work every day and sharing insights and questions about our personal creative styles and aspirations, developed a strong bond by the end. I met some great new friends, including Nick, who was the main inspiration for this newsletter when I started it one year ago this week (!).

One larger group of several dozen of us even formed our own spin-off community, where we could keep sharing work with each other and learning from each other. We have writers, both in fiction and non-fiction, and in poetry, and we have photographers, and visual artists, and storytellers, and musicians, and people who do all of the above and more. It’s an inspiring and wholehearted place.

And now you can see some of the stuff we’ve been up to, all in one place! It’s our online gallery, called Regeneration 2021. There’s going to be three shows this year, the first of which is called “Gather” and has just opened here:

I was not part of the group that set this up, so I can’t take any credit for the incredible job they did laying out the pages and carefully juxtaposing the pieces. You can, however, find three entries of mine in there: a haiku, a poem, and a story. I hope you enjoy clicking around and exploring the variety of art on display.

There is a new Jewish dating app on the scene! Well, on the surface, at least, it is Jewish. Mari Cohen’s perceptive piece, written, I’m imagining, with a wry smile on her face, takes the site to task for the ways in which it reinforces guilt-based narratives of Jewish “continuity”—the article is called “Is He Jewish?”—without actually conveying any kind of Jewish content or meaning beyond the superficial deli trappings.

She notes that her ideological interpretation of The Lox Club might be giving it too much credit; most likely, this is a simple case of someone seizing a market opportunity. All the same, I agree that this non-Jewish Jewish app encapsulates the broader issues pretty well. A lot of younger Jews do want to find ways to make Judaism a more meaningful part of our lives. However, that’s often a separate question from “who do I want as a partner?” There are a lot of things we want in a partner, and pursuit of both a loving relationship and a strong Jewish identity is not a zero-sum game.

The app seems to make a lot of assumptions about what Jews are like and what they look for in a date, most of which fall under the term “bro-y.” One woman found the site “lacking in ‘creative type people’ and instead rife with ‘startup venture capital people.’” And again, perhaps that’s the specific segment the founders are targeting, without explicitly saying so, and while keeping up an illusion that it’s for all Jews. That way they can grab attention from all quarters of the community (I’m not on the app, but it’s certainly got my attention).

I like how Cohen pokes fun at the app, which is well-deserved, and also takes it seriously. Unconsciously or not, it enters a charged conversation—as have I, hopefully with a bit more awareness. I don’t want to take a position on whether “intermarriage is a threat to tradition,” as Cohen summarizes the issue, because that totally depends on how one defines “tradition.” (Mostly I just think of Fiddler on the Roof.) That said, not only is it possible to ask how young Jews can cultivate deeper Jewish identities without asking them who they’re dating, it might be more effective to start there than to do it the other way around.

The more someone feels that being Jewish is important to them, the more they will prioritize Jewishness in their search for a partner. Any person or organization who truly wants to increase intra-Jewish dating, then, and not just among business types, would want to devote much more effort to showcasing how Jewishness can add quality to one’s life. That’s obviously not what The Lox Club wants, but at least it reminds us of what’s possible.

What Makes a Good Life

My dad pointed me to this popular TED talk from 2015 by Robert Waldinger, whom he and my uncles all knew from Jewish youth group back in the day. He’s also the current director of one of the longest-running longitudinal studies in the world, in which a team at Harvard has been tracking the same group of men for 75 years, trying to generate data-based insights on what makes life good and happy and meaningful.

From the reports of what swiping through The Lox Club reveals, you’d think that the answer is fame and money, and this is also what members of the study most frequently answered as young men, when the experiments asked them about what they most wanted in life. That’s not what the data shows, though. Spoiler alert: Strong relationships are the most important thing. The idea is maybe a cliché by now, but that doesn’t make it less true.

I’ve been digging hard on Arctic Monkeys for a couple weeks now. Sometimes I get into these extended zones where I can listen to the same band all day every day, and this was one. It’s extra fun when it’s a band I’m old enough to remember from their beginnings. Arctic Monkeys were all the rage in 2006, my senior year of college, riding the tail end of the garage rock revival. Their debut album was an enormous success, to the extent that there was a noticeable backlash. It did seem like they were being oversold, but at the same time, the album was and is killer.

However, I internalized the idea that they were a fad, and neglected to pay much attention to any of their follow-up albums over the years. And it turns out that they’re all amazing! This song is from their second album, in 2007, and you’d think, “No way this could possibly be as good as the title.” It is, though. 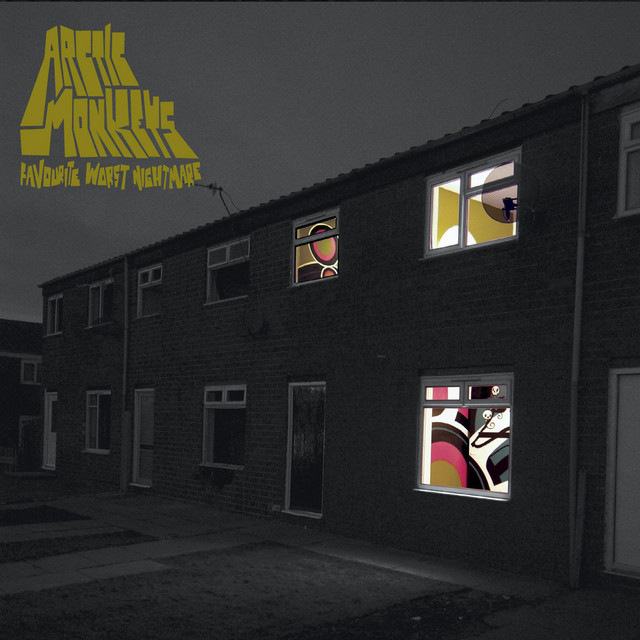 That’s all I’ve got. Please take care, write back if you can—what is your #1 key to the good life?—and I’ll see you next week.