I don’t have a whole lot to add to what you’ve probably already read about this week’s insurrection (what a strange thing to type). It also feels weird not to recognize it, because it was, both logistically and emotionally, the center of my week. Others have spoken of being “shocked, but not surprised,” which is how I felt, too. It doesn’t matter how long Trump has been whipping up his supporters to commit these very acts, or how long Republicans have been working to subvert the results of a free and fair election (and democracy more generally); I’m Jewish, and I just saw Nazi flags parading through my country’s legislative halls—that’s gonna sting.

It was also yet another event from the past year where I felt like I was watching history in real time. What I was seeing was the same thing I always try to imagine seeing when I’m reading about something from the distant past, like the assassination of Caesar. It has been a year in which time was at first drawn out and stretched thin, and now it has been compressed and pulled inside out. I’ve said it before: we’re not living as far in the future as we think we are, and the past isn’t past.

I’m taking another week off on the self-help front, in part to assimilate some of what I’ve learned in a course that I just began this weekend through the C.G. Jung Institute of Chicago. It examines Jungian theory and analytical psychology, with a view toward applying those concepts in daily experience. This is something I have been interested in for several years—ever since my experience with John, my first Jungian analyst, who featured in my “this does not work for you” story from my essay. At that time, I didn’t even know what a Jungian analyst was (a therapist who completes a certified Jungian training program). My time with John was fruitful enough that after he retired, I sought out another Jungian therapist, who I still see today.

As I’ve gone on, I’ve found insight, comfort, opportunity, and an engaging challenge in examining the world from a Jungian viewpoint. Despite majoring in psychology in college, I learned very little about Jung. American psychology, thought, and culture is still very focused on the rational, the logical, the cognitive, and the intellectual. Jung’s psychology argues for the necessary existence of a spirit world in addition to the material world, and it prioritizes attending to emotions, intuitions, and dreams. It’s refreshing, and it has helped me make better sense of my experiences. I think it will help me get even more out of therapy sessions, and since I’m already writing about a lot of these topics, it’ll sharpen my analysis.

It’s also really fun to be part of a class again. It meets one weekend a month from January to June, and there is quite a bit of reading, so for the first time ever I’ve made out a reading schedule for myself (and stuck to it so far!). Jung is dense, not in the sense that he’s hard to read—he’s really quite clear for someone writing 60 to 110 years ago—but that he is super efficient with his argument structure and word choice and packs a lot of meaning into every paragraph.

This all feels very relevant to my writing, particular the self-help stuff, and I think it’s a good example of how I approach learning and improving today, which I am eager to share. On that, more soon!

Fintan O’Toole - “Trump’s insurrection has been advertised for months”

I’ll provide one section here for current events analysis. I’ve posted O’Toole’s pieces before, and I’ve now bought a subscription to the Irish Times just so I read all of his stuff. He is reliably insightful about both politics and psychology; it’s become a trope to perform armchair psychoanalysis of Trump and Trumpism, but when O’Toole does it I generally find it compelling. This is no exception. He succinctly and systematically reviews the recent history to show how we got to this point, from his usual psychological bent. He hits on the moral of the whole story, in my opinion: “the power of self-delusion can never be overstated.”

If you’re looking for more of a step-by-step perspective of what happened on Wednesday, check out that day’s entry in Heather Cox Richardson’s excellent Letters From an American newsletter, and the next day’s, which deals with the fallout and the additional information we learned.

René Brooks - “How to Guard Your Yes”

“Guarding your yes” is a way to think about what you are committing to and why. I am a person who has never enjoyed saying “no” to people. The inevitable outcome, however, of saying yes to everything, is total energy dissipation, being stretched way too thin, and not actually getting any of those things done, including the truly important things. The other reason to “guard your yes” is that having slack in your life provides space for the unexpected, and it provides time to work out your thoughts. Give the universe an opportunity to lay something delightful in your lap. Plus, I’m increasingly of the belief that variety and spontaneity are beneficial for their own sake. As is just lying on the couch every now and then.

Phoebe Bridgers is a really mellow singer-songwriter. Her songs seemed really simple to me at first, like there wasn’t much there, but I wasn’t listening closely enough. There’s actually a lot of depth and complexity in her vocal phrasing, and a lot of poetry in her lyrics. She writes about serious subjects without being completely un-ironic. As an example, she titled her 2017 album Stranger in the Alps, an in-joke about a “dialogue replacement” from The Big Lebowski. The entire thing is just delightful, and it was my go-to album this week when I needed to take a break from the news, slow down my nervous system, and get back in touch with my immediate surroundings.

This very honest song is about her relationship with the influential musician Ryan Adams; she was one of the women who came forward in a New York Times expose to reveal how he manipulated them with the promise of career success. 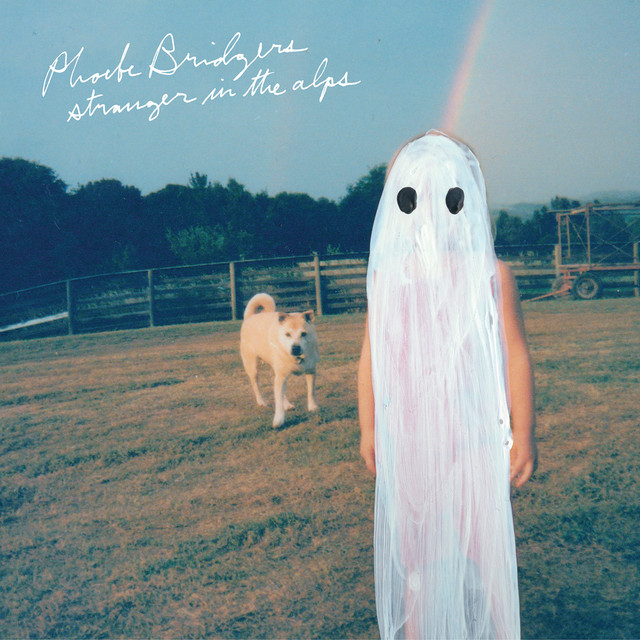