When I decided to start this email newsletter, about 20 years ago, I was uncertain where it would lead. But one thing that I do know for absolute certain was that I would end up writing at length about caterpillars.

Yes, sitting down to write that first email to you, I definitely remember thinking: “Well, this will inevitably lead to me composing a multi-week caterpillar-raising saga. There’s simply no way around it.”

The universe may be a mystery on the whole, but some things in life are very clear.

When last we spoke, then, it had been about six days since our last black swallowtail caterpillar disappeared.

A couple days later, Tuesday morning, I was working on my laptop in the living room. Something caught my eye on the porch. I turned and saw something crawling along the small coffee table. I went out to investigate: it was a caterpillar!

Not a black swallowtail caterpillar. I recognized it as a monarch, from the reading I’ve been doing on caterpillars. (To be sure, these are still the only two species I can recognize.) It looked pretty far advanced—not a baby at all. I’d no idea how it had gotten there. My mom did send us a gift of some milkweed plants over the weekend. And something was eating our buttercup hosta.

It seems crazy that the caterpillar could have been living on our porch for days without us noticing it, but who knows? It was here now. I scooped it up on a Post-It note and, out of habit, transferred it to the parsley. Quickly I realized that my mistake, and moved it again, over to a milkweed leaf. It was clearly much more comfortable there.

I was all set to head back inside when something else caught my eye. I was looking at the red brick support pillar rising from the ledge of our porch next to the milkweed plant. A rectangular flourish of smooth ivory-colored stone juts out around eye level, and suspended from the underside of this stone was a hard-looking ridged cocoon, hanging by two telltale silk strands.

It was a black swallowtail chrysalis! I had found our missing caterpillar.

I was so happy I did a little dance from my porch into the living room and back. I honestly hadn’t gotten that excited about anything, maybe save getting my poem published, since the start of the pandemic.

As enticing as our re-emergent chance to see a re-emergence may be, the fact is that the chrysalis just hangs there, the transformation invisible. It’s all potential energy. So we turned out attention to the monarch caterpillar.

Based on its size, it was probably in the third larvae stage (out of five) when we discovered it. Once we got it on the milkweed plant, it started devouring leaves. When not eating it would chill on the bottom of the leaves.

This went on for a couple days. The caterpillar got very large, and surely moved to the fifth stage—although, they are supposed to molt their skin between stages, and we did not see any evidence of this.

Thursday evening, after dark, I went out to take a look, and the caterpillar was nowhere to be found. A familiar story. We switched on our phone flashlights and scoured the porch. After ten minutes or so we were ready to give up, assuming it had gone elsewhere to find a safe place to go into chrysalis, when Ashley suggested I look underneath the chairs and couch.

And sure enough, there he was!

He must have felt safe down there, and we felt really proud that he had stayed with us for his next journey. The next morning, Friday, he had spun the characteristic silk pad on the wood slat of the couch, and was suspending himself from his hind legs in a corked position, called “J-hanging.”

I read that monarch caterpillars usually spend 12-16 hours in this state before forming their chrysalis. So, not knowing when he’d started the process, we waited, and periodically checked on him.

On Saturday morning he was still there. And he wasn’t quite hanging in a “J” shape anymore. He had gone a little limp. We thought we’d give him some more time; maybe he was just saving up energy. But I also started to read about parasites and predators.

This morning I found him on the floor.

We decided to bury his body in one of our planters. We thanked him for giving us some joy, and wished we could have prevented his fate somehow. But this is the way of things.

The night before, I had retrieved some of our parsley, formerly the home of five caterpillars but now, once again, just a part of our garden, a source of herbs for garnishing our dinner. Ashley was cleaning the parsley cuttings—thoroughly—when she came into the living room bearing a small leaf.

On the leaf was the tiniest baby black swallowtail caterpillar. He’d survived a brutal cleansing process somehow, but we weren’t sure if he was injured or not, since he wasn’t moving his hind legs. We placed him back out on the parsley.

This morning, not only he had moved to another leaf, but he had a friend. Seeing this, I had a feeling; I inspected the milkweed again. I found two baby monarch caterpillars sitting on the leaves.

Some things in life are very clear.

Fintan O’Toole — “Bono at 60: Why is Ireland so ambivalent about its most famous son?”

I’ve been following O’Toole for a little while now, after running into his pieces on Brexit and Boris Johnson. He seems to be a master of the pop psychological profile, and I mean that in the best sense. His instincts are seriously on point, and I’m in awe of his ability to articulate the fine points of a famous figure’s nuance and internal drives. He takes their measure and deconstructs them for all to see, entertainingly yet undeniably. Is he correct in his assessments of Bono? We can’t really know, and that’s the trick; but O’Toole’s story is coherent, compelling, and it explains the evidence.

Even if you’re not that interested in Bono, this is a quick, fun read and gives you an idea of how you might approach analyzing a public figure. O’Toole’s thesis on Bono begins from the observation that Bono is Ireland’s most famous person, yet he is curiously unloved by its people. Basically, Bono is inherently uncool—even his stage name sounds pretty dumb if you stare at it long enough—and he doesn’t care. Rock stars aren’t supposed to want to “save the world;” not that saving the world is actually what Bono is trying to do, but the fact that he’s a rock star makes this formulation tempting. He knowingly damages his reputation by befriending tainted political and economic leaders in order to cajole them to support crucial causes. And he is this deeply religious dude who hails from a country that has radically shaken off its traditional, enveloping Irish Catholicism.

It’s the kind of short piece that really enthralls me, and gives me numerous jumping off points if I want them. 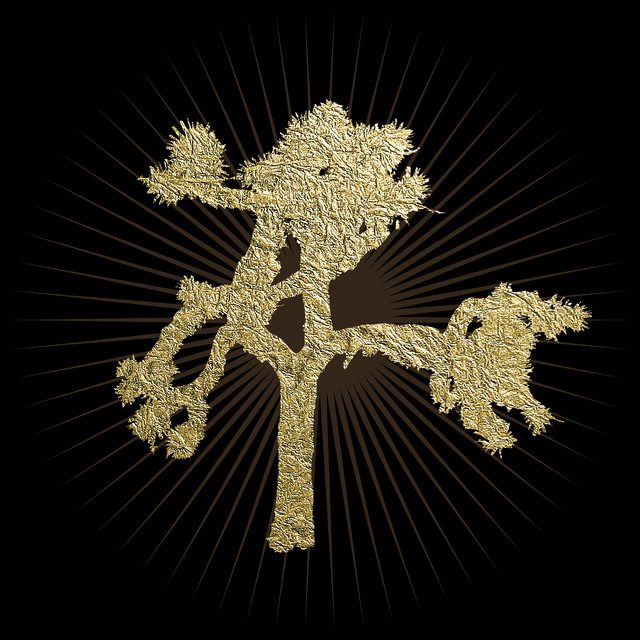 You just read an issue of Aaron Wolfson. You can also browse the full archives of this newsletter.